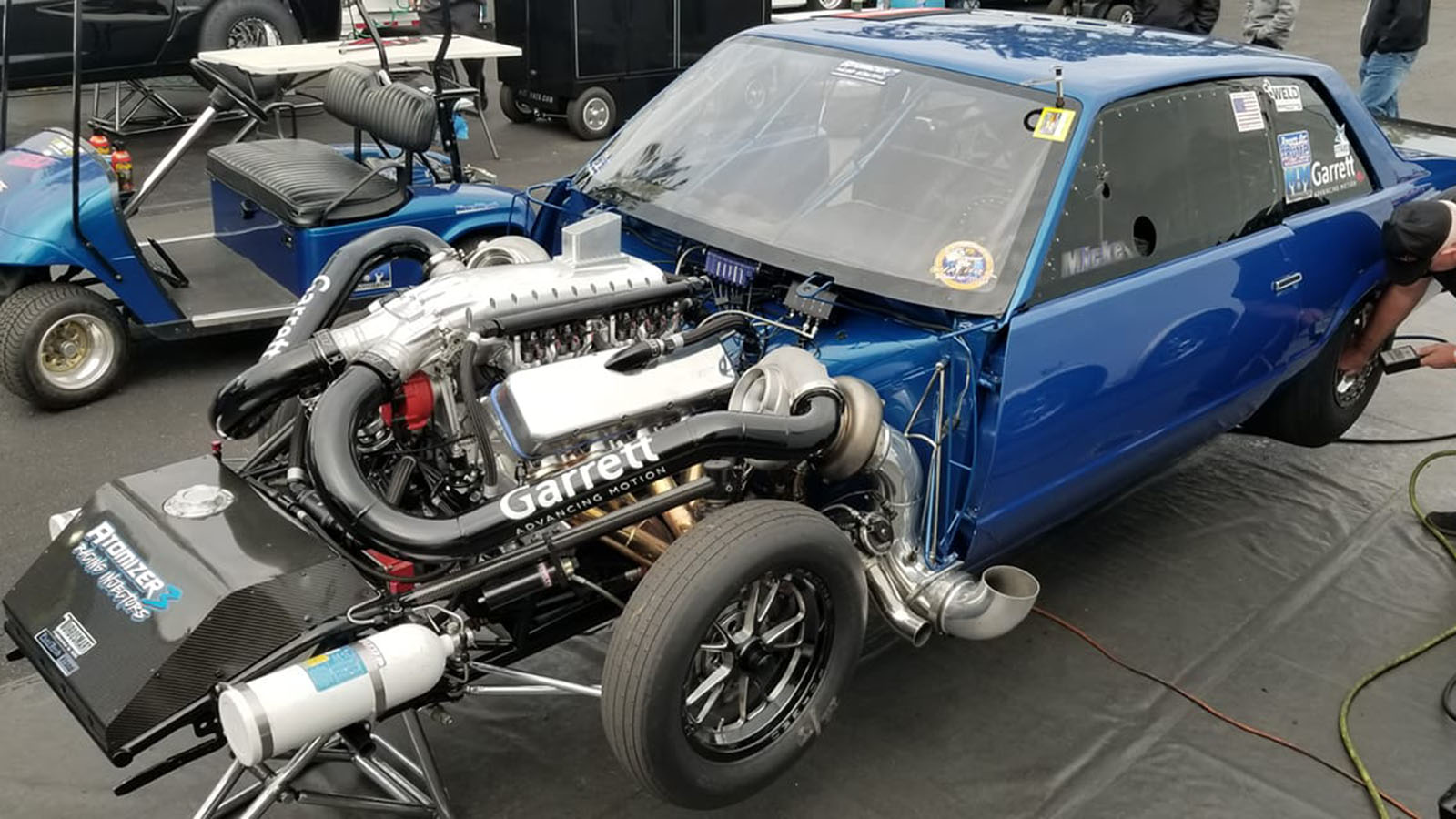 One of the winningest and most recognizable cars in Radial vs. the World (RVW) competition, Jason Carter's '78 Malibu is a 200+ mph 4,400 horsepower missile. “The key is the preparation – without that, you don’t have anything,” says Jason Carter. “With these Radial Versus the World events we do now, everything really has to be just dialed in. So the whole car is taken apart and gone through after every race.”

Carter and longtime friend, Mark Micke, campaign a G-body Chevy Malibu in Radial Versus the World, an unlikely weapon of choice for today’s radial racing scene. While most teams are in constant search of the latest and greatest hardware that might give them an edge in this incredibly competitive discipline, Carter and Micke buck the trend by consistently running near the front of the pack in a field that continues to shift toward Pro Mod cars.

“Success is about making sure everything is good to go,” Jason explains. “Because at the level that these cars are at now, one little mistake will cause a domino effect and tear everything up. “This is the second most powerful class in drag racing, behind Top Fuel. The power and times these cars run are crazy, so it’s critical to have the right parts and support behind you.”

While the Malibu wasn’t always a 4,400 horsepower, 200+ mph record-breaking race car, it wasn’t exactly a slouch in its street driven days. “A friend of mine used to drive it in high school,” Carter recalls. “It had a 468ci big block with a plate on it – it ran in the 9.40s. So it’s always been set up for racing, but it’s evolved into something else now. It’s an older style body, but we update it every two years or so to keep it up to the latest standards.”

He notes that while keeping the Malibu competitive amongst high-buck Pro Mod cars requires quite a bit of effort, the car has a certain charm that’s hard to resist. “The fans just love this car – every few years we throw around the idea of doing something different, but we always end up updating the Malibu instead. It’s just something different – it’s kind of cool to watch a ’78 Malibu do 220 miles per hour. You just don’t see that.”

Jason says that the car also serves as something of a test mule for Mark’s business, M&M Transmissions in Jefferson City, Missouri. “We run a TH400-style M&M transmission with their shifter and torque converter. Before it goes to the Pro Mods and all the other guys, anything new that M&M is working on gets run in the Malibu to make sure it works.”

And the rest of the hardware the team runs ensures that those transmission components get a proper workout, a combination that includes a billet 548-cube Dart big-block Chevy with a forged crank, rods and pistons, a Comp Cams camshaft, billet cylinder heads, and a pair of 98mm Garrett turbochargers that are supported by wastegates and blow off valves from Turbosmart. Engine management is overseen by a Fueltech controller.

““We try to keep our combination as simple as possible – the fewer wacky parts we have in there, the less there is to go wrong,” Carter tells us. I think we’re the only Chevrolet that’s running in Radial Versus the World – everyone else has a Hemi 481X. Richard Maskin designed the Dart block for us, and it’s been flawless. It handles 4,400 horsepower with zero issues.”

2018 proved to be a banner year for the team. At Donald Long’s Sweet 16 race, Micke broke history twice in one night, first posting a record-setting 3.641 at 220 mph before topping that with a 3.623 at 214.79 to close out the evening. They would later go on to win the event, along with the $101,000 purse – the richest prize in radial racing history. “Those conditions were incredible, I don’t know if they’ll ever get there again,” Carter says. But the team already put the car back into the 3.64 territory earlier this year, so we wouldn’t be surprised if the team has a few more surprises in store for 2019.

“Everybody’s getting faster and faster in RVW,” he notes. “It really started taking off after that Sweet 16 race in 2018. If one person goes .980 in the 60-foot, everyone else is going to learn how to do it, so you’ve got to keep pushing the envelope and making improvements because things just keep evolving.”

Carter says that at this point it’s really about the various small improvements they can make to the car. “Nowadays anyone can make the power, so you need to look at other parts of the program. For instance, we’ve been focusing on getting weight out of the car, and that’s not easy to do with a stock body Malibu. But just in wiring alone we took 40 pounds out of the car this year. It’s hard to do, but that’s what it takes to keep running with these teams.”

And another integral part of the equation is utilizing the power as efficiently as possible, he notes. “It’s about fine tuning with different torque converters, moving weight around, and power management. It’s about learning the race car and knowing what it can take so you can apply the power at the right time.”

Looking ahead to the rest of the season and beyond, he says that the focus is keeping this car competitive amongst a field of Pro Mods. “I feel that there’s a big difference between a Pro Mod car and what is basically a stock body car – the Pro Mods have an edge. They have a lower center of gravity and tend to just work better. So trying to race a car like ours against those guys is pretty tough. Right now we’re in the low 60s, but where we need to be is in the high 50s. To make that jump without putting pistons in it after every round is not easy to do. So that’s the challenge we’re focused on right now.” 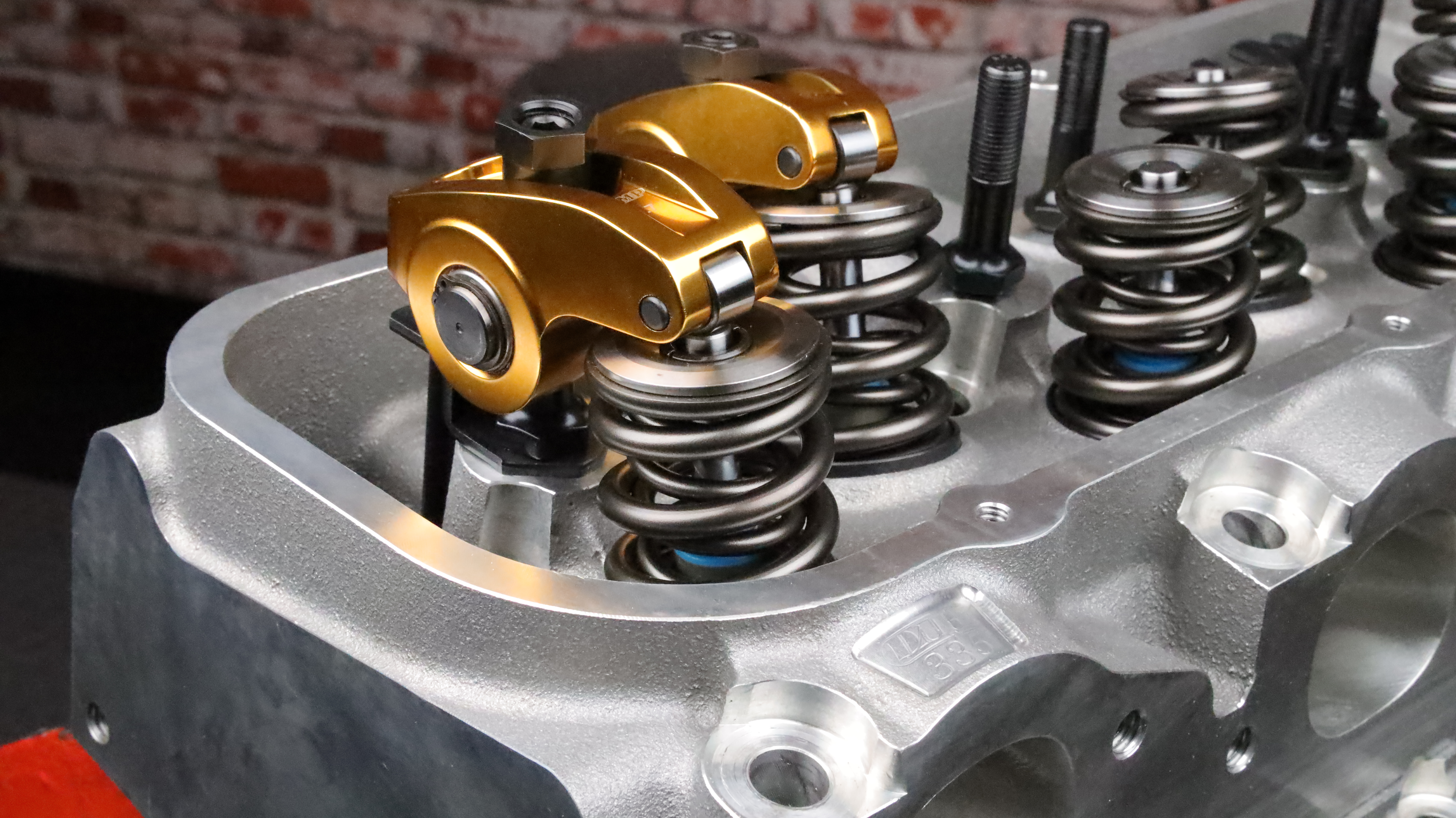