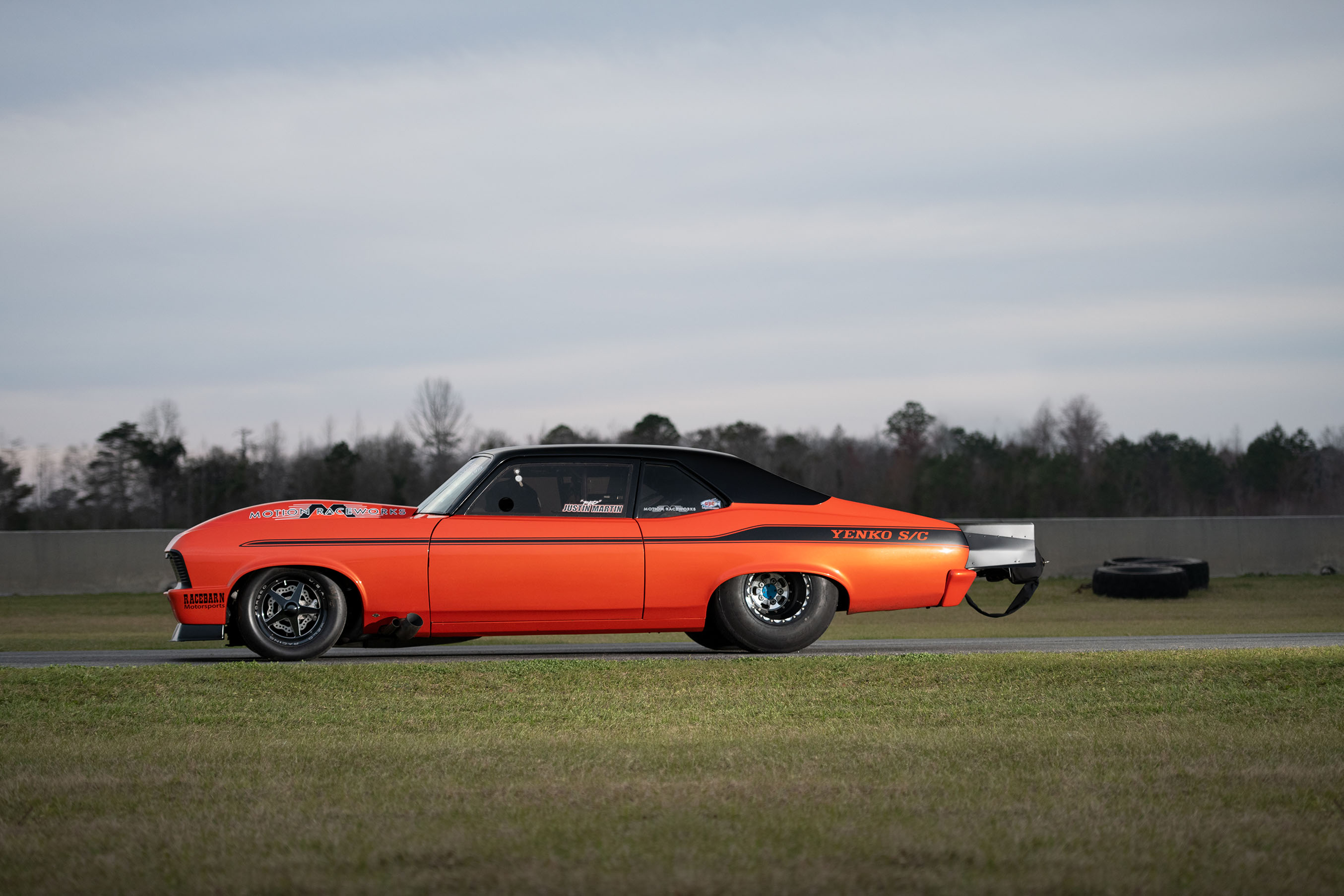 Justin Martin is a limited drag radial record holder, but he's not racing for records, he wants a title!

When Justin Martin showed up at No Mercy last September, he was already considered a formidable competitor in LDR. Having run a 4.11 at the Outlaw Street Car Reunion earlier in the year, Martin was already the national class record holder. Yet despite the high temperatures at South Georgia Motorsports Park, Martin would make history once again, becoming the first competitor in Limited Drag Radial racing to break the 4.0 barrier with a 4.097 and setting the bar for the rest of the class. But Martin hopes that breaking records won’t be his defining legacy in Limited Drag Radial.

The owner and operator of Professional Auto Care in Pocola, Oklahoma, by day, Martin says he got his start in performance back in the mid-'90s, but his interest in sanctioned motorsports came a little later. “Drag racing really didn’t sound that enticing to me early on,” he recalls. “The cars just didn’t look like cars – the Pro Mods, the Funny Cars, that kind of stuff. But when the Top 10 street car-style events started popping up, it really just took a hold of me. These cars looked like the stuff you’d see at a cruise-in and they were making stupid amounts of horsepower!”

After finishing up school and settling into a career, Martin decided to put together a machine that could really bring the heat. “Around 2001 I bought a car to build, and that’s the car I still run today,” he says. “Every spare moment and spare dime we’ve had over the last eighteen years has been put into this car, and it has slowly progressed into what it is today as a result.”

When Martin took possession of the Chevy it was a daily-driven street machine, and he quickly set to work building it for small-tire events. “We chased the Texas True 10.5 stuff, the ORSCA Limited Street stuff – whatever was close enough for us to drive to. When you’re young you don’t have the money to really drive six or seven hours to a race and compete every weekend. Now we’re a little more serious about it, though.”

His interest in Limited Drag Radial stems largely from pragmatism. “NMCA is undoable for our team because they race on Sunday, and it’s just not enough time for us to get home and be ready for work on Monday, so that’s kind of where the LDR idea came about,” he explains. “We knew we could pretty easily change up our car to fit the rules, and it’s a good, competitive class with a great bunch of racers.”

Limited Drag Radial serves as a more budget-friendly alternative to Radial Versus the World. As such, it has become the new home for many former RVW cars, as well as those who want to mix it up but don’t have an endless well of racing funds to pull from. “We’re using a different, smaller tire than RVW, and we’re also limited to less horsepower,” Martin tells us.

But keep in mind that it’s all relative. “They try to limit the turbo combinations to a little over 3,000 horsepower,” he notes.

Martin’s weapon of choice is a ’72 Chevy Nova. “I ran it for a few years with nitrous motors, and when Donald Long started having his races in South Georgia, we decided to put a ProCharger on it.” After running the blower combination for a little while, Martin decided to sideline racing for a bit so he could focus his efforts on getting his business up and running.

“But once we got ready to go back after it, we totally re-did the whole car for 2015,” he says. “Carbon interior, carbon body panels, Mark Williams [axle]– it’s got the best of the best on it.” The engine work was done by Pete Harrell at Harrell Engine and Dyno, Mark Micke handled the transmission, and Cameron provided the torque converters. “When we brought the car back it had an entirely different look, too,” Martin adds. “And that’s kind of when it started grabbing some attention.”

Martin’s current combination is a Dart-based, 557-cube billet block BBC with a forged crank, forged connecting rods, and forged pistons. Up top there’s Billet Atomizer injectors, a Holley EFI system, and a pair of Dart’s Big Chief cylinder heads. “I purchased those heads way back in 2001, and I’m still running them today. They’ve been through three different engine combinations and they just keep kicking.”

Boost is provided by two Garrett 88mm turbos, and all in, the setup is good for more than 3000 horsepower. “This motor will go 125 runs before we open it up unless we have a problem on the tune,” Martin says. “We’re not tearing stuff apart at events – or we try not to, anyway.”

Although it wasn’t a perfect season, last year saw Martin’s program really coming into its own. “We were third in points because we missed a few of the races,” he explains. “But we also set and re-set the record. We went to Bowling Green and in the first round of qualifying the car ran a 4.11 – new record, number one qualifier. Went a few rounds, ended up spinning the tires, but we went home stoked because we had the record. When you know your car can go faster down the track than any of your opponents, it’s definitely a good feeling. But at the end of the day I’m not racing for records – I want to win.”

While the car was fast, the team struggled to keep the car consistent. “We missed the summer races – we took the motor out to freshen it up and have it ready for fall,” he says. “We sorted out a few gremlins and then headed to No Mercy, where we qualified really well again. At that point nobody had been faster than our 4.11 from earlier in the year. We uncorked that 4.09 in the semifinals, and we ended up winning the event. On that big of a stage, it was a pretty good deal.”

2019 has been a process of taking the lessons learned from last season and using them to make the car go rounds. “We’re really trying to make more showings in those final rounds,” Martin says. “We haven’t changed a ton of things – at this point it’s about small improvements here and there. This car was built by one of my closest friends – it’s not some big name shop build. We tune it, we wrench on it, and we try to get it to go from Point A to Point B as fast as we consistently can.” 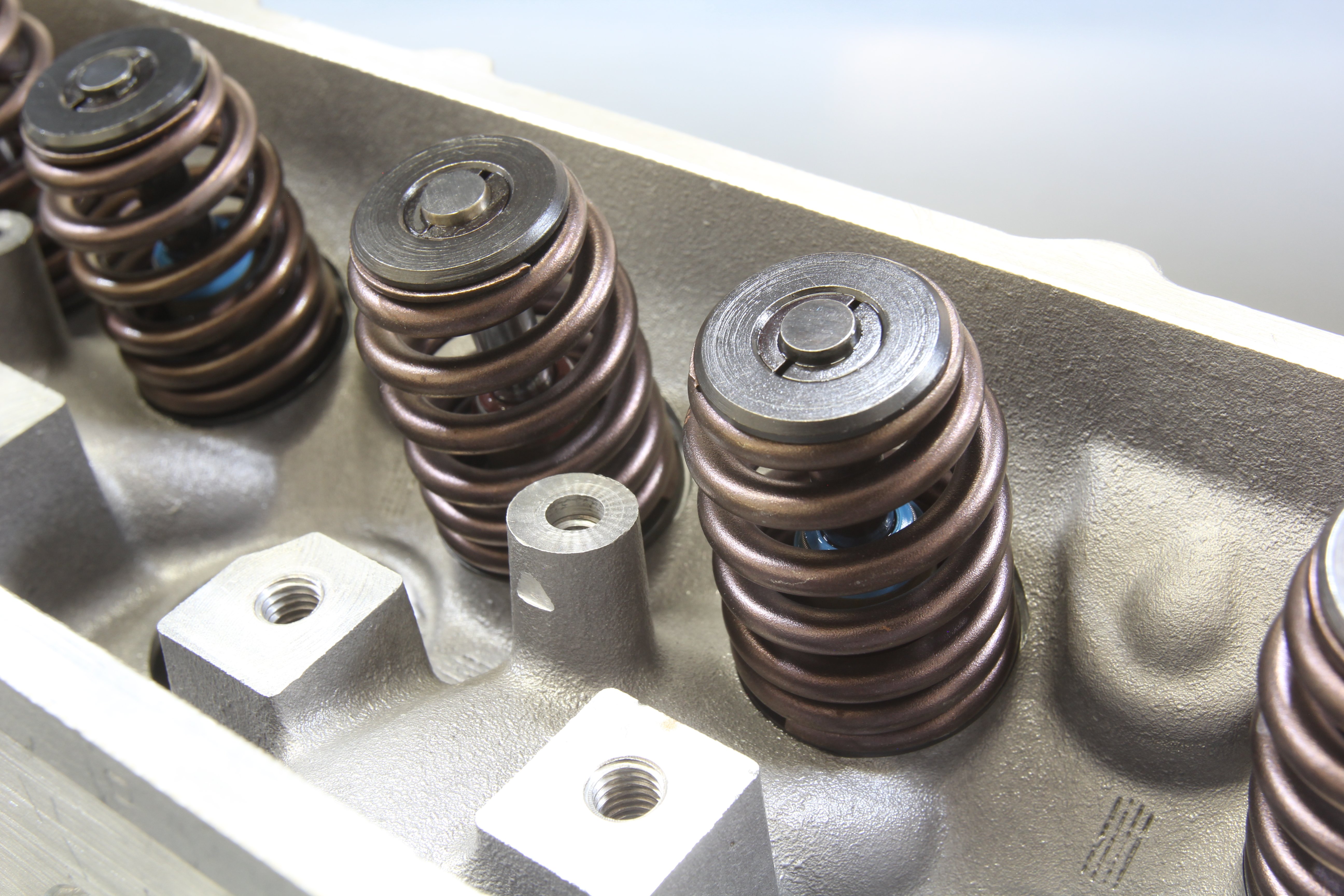